Meet Montford Johnson: The Influential Chickasaw Pioneer and Namesake of the Montford Inn

A good, historically-set story will draw me in every single time. I love getting to see another time, a different era, a particular way of life.

And if it’s based on a true story – all the better.

So on a recent movie night, we scrolled through Netflix and were excited to find Montford: The Chickasaw Rancher.

Historical. Based on a true story.

And better yet, we were excited because this is part of the history of the Montford Inn.

Montford Thomas Johnson was born in November 1843 in the Indian Territory of present-day Oklahoma. His father, an English, Shakespearean actor, and his mother, a member of the Chickasaw Nation, were forced to head west on the Trail of Tears during the Chickasaw Removal. Shortly after Montford’s birth, his mother died, and his father returned east. It was common for members of the Chickasaw Nation to take in motherless children and raise them, so Montford and an older sister were raised by their grandmother.

During the Civil War, both Montford and his sister married members of the Campbell family, a family stationed at the local Confederate fort. Through a series of tragedies, Montford became head of the family homestead at just 22 years old. He set his sites on ranching.

What Montford did over the course of the next 30 years was nothing short of amazing.

First and foremost, he was a family man. His son, Edward Bryant or E.B. was born about a year after he got married. While you’ll likely read the most about E.B. in any research you do on Montford, he had other children, as well as taking in motherless children from the Chickasaw Nation and raising them himself or helping support other families as they raised the children.

Then, he recovered the lost cattle of other ranchers from the hills where they had been sent so that they couldn’t be stolen. He paid for these cattle and made a deal with the other ranchers that any unbranded cattle he could keep outright. He built pens with salt licks that cattle could walk into but not out of and rounded up a large herd very quickly.

Next, he worked with other homesteaders and ranchers to expand grazing land. Chickasaw Nation land was held collectively so pastures weren’t fenced off and the ranchers worked together to find pastures and use the land well.

And, he continually stood up for those in not only the Chickasaw Nation, but Choctaw, Comanche, Kiowa, Wichita, and other tribes as well. He fought the US government over land rights, unfair practices in treaties or imprisonments, and stuck his neck out for what he believed in.

Over the course of his life, he brought his son E.B., into the family businesses, which had grown from just ranching into stores and the businesses that helped the area as it grew.

Upon his death at age 52, E.B. took over his father’s business affairs, continuing to ranch, but also establishing banks and other businesses in the area as well as taking care of his numerous younger siblings.

E.B. was one of the first residents of what is now the OKC metro area and was instrumental in establishing the University of Oklahoma. His home was used at the original music school and the current music school still sits on the site of his home.

Considering this amazing legacy, it’s no surprise that Montford Johnson was inducted into the Hall of Great Westerners at the National Cowboy & Western Heritage Museum in April 2020. 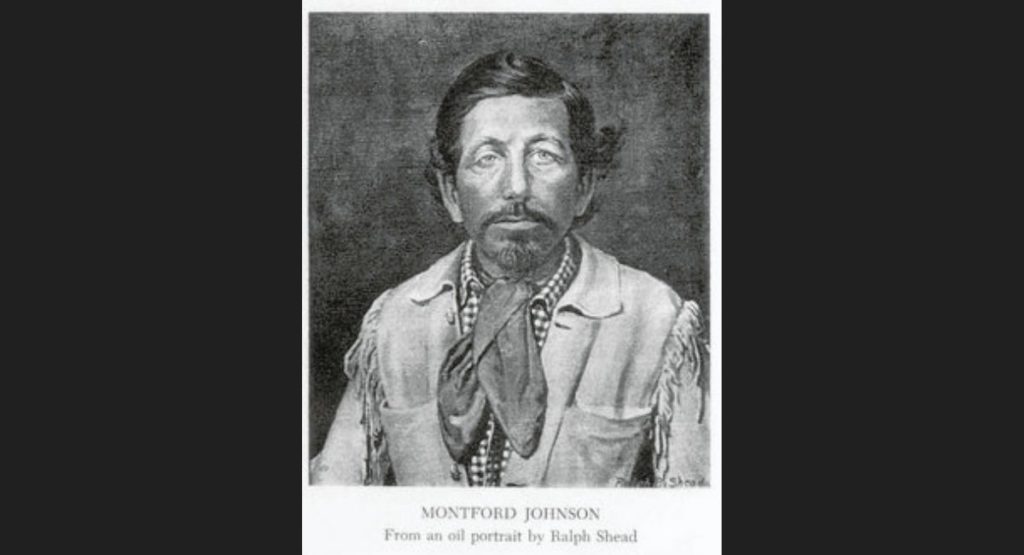 Montford Johnson: A Man of Character

The thing about Montford Johnson is that we can read about or watch the story of his life and his contribution to our country. But there’s something so special about hearing about his legacy from his family. Phyllis Murray, and her son, William, are the innkeepers here at the Montford Inn in Norman, OK.

E.B. Johnson was Phyllis’ great grandfather (her own grandmother was one of his eight children), making Montford Johnson her great-great-grandfather. He is also the namesake of the inn itself, with a room called the Chickasaw Rancher, dedicated specifically to his legacy.

But that’s definitely not where his legacy stops. Phyllis remembers hearing about both her great-great and great grandfathers from her great grandmother, Mary Elizabeth, whom she called Molly, as a girl. She heard stories about Montford’s connection to the land. Tales about how much the cattle meant to him. Heritage of what the people meant to him.

This is the legacy of Montford Johnson on his family – what his story has meant for their family and to the people of the area.

For Phyllis, it meant naming her life’s work after him, to honor him and the part that he played in the area.

For other family members, it has meant writing or editing a book, or working with documentary or other film crews to tell Montford’s story. Phyllis also worked with the family by providing photos and her own memories in these projects. 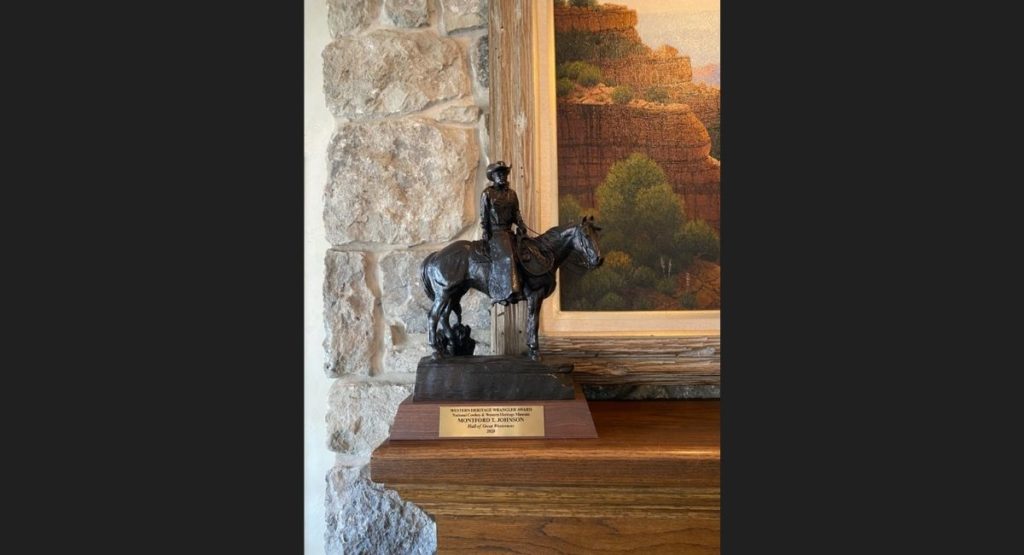 Continuing the Legacy: The Montford Inn

When you talk to someone about their stay at the Montford Inn, when you read the reviews, when you go and experience it for yourself, you will experience something incredibly special. That’s because not only did Phyllis name the inn after her great-great-grandfather, Montford, but they have the same attitude towards their work today as Montford did over 150 years ago.

Their focus is still on the people and on the land. Phyllis and William do this by providing an amazing stay in the city they love, the city their family has invested in for generations. And by investing in people.

You have never felt more at home when you’re away from home than when you’re staying at the Montford Inn. Because the care for people runs deep – it’s in their blood.

For those who want to dive in even deeper you can adventure through the digital documents at the OU Western History Museum and other documents like those about E.B. Johnson.

Of course, you can also come stay at the Montford Inn here in Norman, OK, stay in the Chickasaw Rancher room, and talk with Phyllis about her family history.

Written By: Leah Heffner, Friend of the Montford Inn 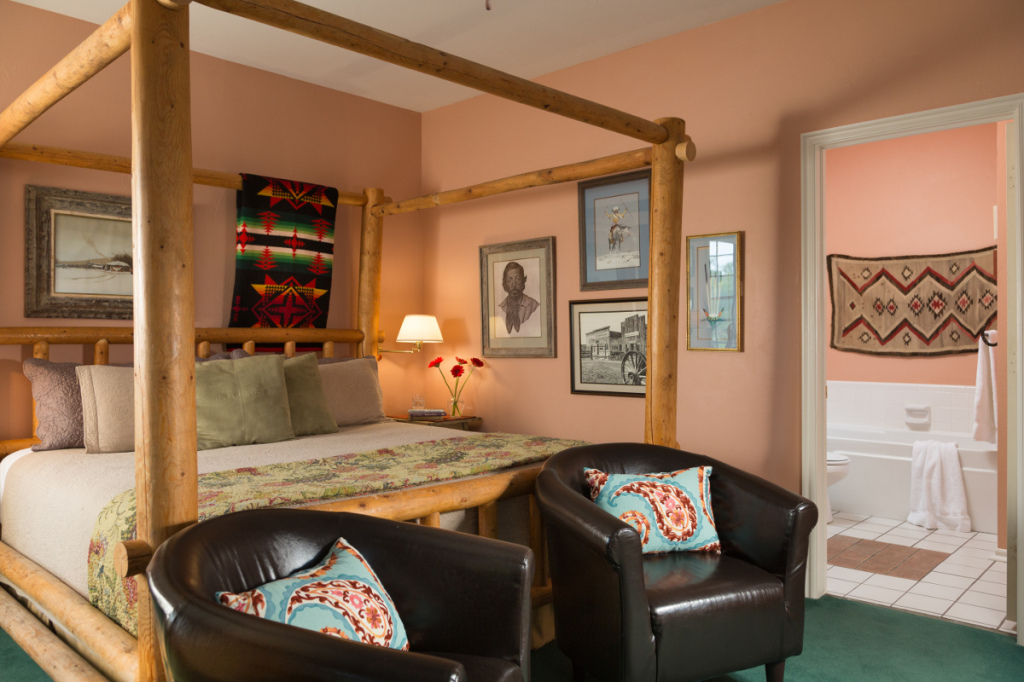